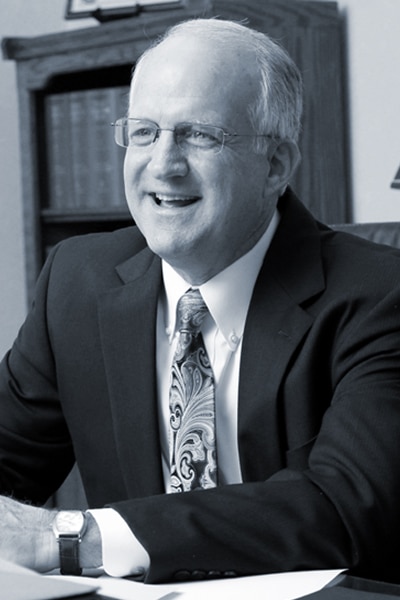 Alan Brown was born in Midland, Texas in 1953. He grew up and attended public schools in Jacksonville, Texas. He received a football scholarship to Kilgore Jr. College. After a knee injury, he transferred to Baylor University, receiving a BBA in 1976 and completed some post-graduate work. Alan entered Baylor Law School in Spring 1979, where he was a member of Phi Alpha Delta and served as co-editor of the law school newspaper. He graduated from Baylor Law School in 1981. After graduation he was Law Clerk to the Honorable William M. Steger (Dec.), U. S. District Court Judge, Eastern District of Texas (1981-1983).

He originally joined Ramey & Flock in 1983, became Partner and tried many civil matters until 1991.

Alan returned “home” to Ramey & Flock in August 2015, after having practiced at Boyd & Brown for the preceding 14.5 years. His practice focuses on general civil litigation, insurance defense, insurance coverage, personal & injury, and mediation.

Alan is married to Jeanetta Snider Brown and together they have 3 children and several grandchildren.

Do you need to speak to an experienced attorney?

Click below to connect and consult with one of our legal professionals.