The Supreme Court of the United States published its long-awaited opinion this week addressing employment discrimination based on sexual orientation and gender identity.

Ruling. An employer violates Title VII of the Civil Rights Act, which makes it unlawful to discriminate against an individual “because of” the individual’s sex, by firing an individual for being homosexual or being a transgender person. The Court unequivocally stated that “an individual’s homosexuality or transgender status is not relevant to employment decisions.” This makes it unlawful for an employer to discriminate based on sexual orientation or gender identity.

Understanding the Court’s Reasoning. The following excerpt from the Court’s opinion illustrates its reasoning in reaching its conclusion:

Religious Freedom. The Court recognized that its ruling may have implications regarding employers’ religious convictions but stated that “how these doctrines protecting religious liberty interact with Title VII are questions for future cases.”

Action Point. Employers should update their equal employment opportunity policy regarding sexual orientation or gender identity and educate their managers and employees regarding the legal change at this time.

Please keep us in mind for any assistance you or someone you know may need with employment law concerns. 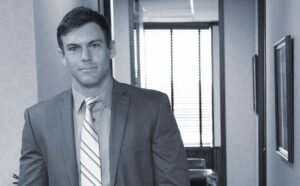